WHO IS John of GOD? 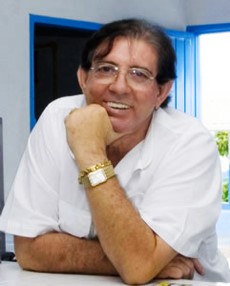 JOHN OF GOD: , (João de Deus) is without a doubt one of the most power-ful channeling mediums and healers alive to-day. João has been working at the Casa de Dom Inacio for over 30 years. There are some thirty three entities he channels at the Casa, so named after one of the entities, St Ignatius de Loyola, founder of the Jesuits. He is free of charge.
John of God is able to help heal so many people at once because he does not work alone. There are thousands of be-ings working with him who are able to attend to people. He has helped people recover from all kinds of illness, including AIDS, cancer, auto immune disorders, arthritis, injury from sports and acci-dents, every illness is treatable at the Casa although results can vary. John of God also treats all kinds of emotional disorders, including addictions, depres-sion, schizophrenia and bi-polar disorder. The majority of healing by John of God and the entities is invisible, visible surgery is entirely voluntary and makes up a very small portion of the healing work.

Hot off the Press